I found the following article intriguing and interesting for a number of reasons but principally because I consider myself a storyteller. A few years ago at an embassy reception, a woman I had just met asked me what I did and I replied – for the first time ever in my life as a writer and journalist – “I’m a storyteller.”

That spontaneous response surprised her and, in a way, surprised me as well! I then explained how as a writer, in recounting the news, for example, one is, in fact, telling a story.

I then added that I was a storyteller in another way as well. From the time they were little enough to understand, I told stories to my many nieces and nephews. As they will tell you today, I did not read stories to them. I told them stories of my life and work in Italy, stories of the Church, the Vatican, the pope, of my travels, what I had seen and experienced and learned. To this day, some of those stories are so imprinted on their minds that they re-tell them to their own children.

To those nieces and nephews who might be reading this today, yes, I know your favorite story: Aunt Joan skiing in Zermatt, Switzerland!

Storytelling is sharing emotions and experiences. It is above all communication.

How many of you today will tell a story? A story about your day at work, something extraordinary that happened to you, something fascinating that you learned, perhaps answering the question of a child or family member or friend? 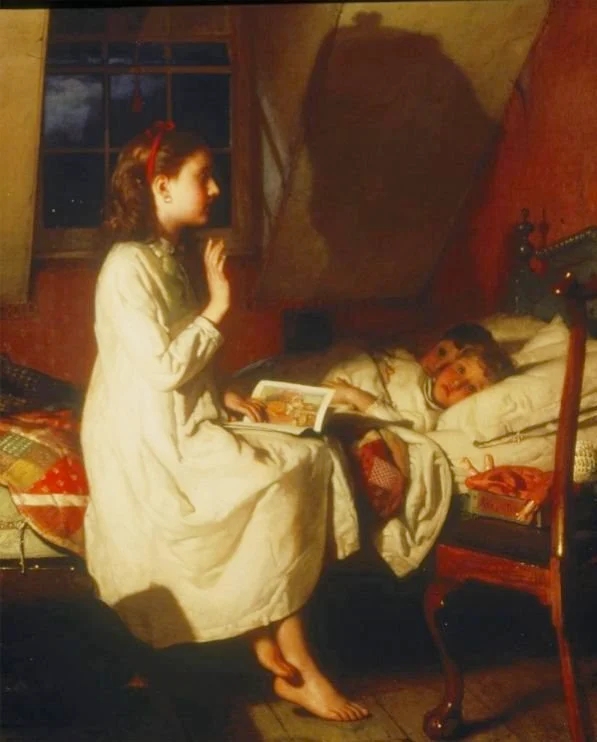 CARDINAL TAGLE: STORIES AND STORYTELLING MAKE YOU AND SHAPE YOU

Cardinal Luis Antonio Tagle reflects on eight points regarding stories and storytelling, and urges those attending a Propaganda Fide conference to learn to apply them to their communities and institutions.

Addressing an international study conference for the IV centenary of the Congregation “De Propaganda Fide,” Cardinal Luis Antonio Tagle, prefect of the Dicastery for Evangelization, reflected on the fact that many stories regarding the history of the congregation would be told throughout the conference.

“Human life is unimaginable without stories,” said the cardinal, and with that idea in mind he shared some aspects of story and storytelling that he discussed in the mission Congress.

Good stories are based on experience

“There are good stories and bad ones,” said Cardinal Tagle, “but the difference does not always depend on the style of the narrator or the ending of the story.” We tell our best stories when they are about our experience, when they are true.” And, he added, “good history relies on stories of eyewitnesses.”

Stories reveal personal identity and what shaped that identity

Cardinal Tagle then went on to note that, “stories reveal who we are, the sense of our lives and where we are going.” On top of this, he continued, “I am what I am because I am immersed in other people’s stories and the stories of my time. If I neglect or deny them, I have no personal story to tell.”

Stories are dynamic, open to re-telling, and transformative.

The cardinal then went on to stress that personal identity is shaped by interaction with the world put into memory. With this in mind, he noted that, “remembrance is vital for self-knowledge.” By remembering our stories, Cardinal Tagle explained that we realize that the past is not static and that it actually continues to mold us. “Through stories we see how much we have changed and how much more we need to change.”

Stories are the ground for understanding symbols

“Stories are the ground for understanding spiritual, doctrinal, and ethical symbols,” said Cardinal Tagle, introducing his next reflection. “Stories disclose the values, moral norms, and priorities of a person or community.”

“Common experience and memories bind unique individuals into a cohesive body,” he said, explaining that, “a community’s distinguishing beliefs, rituals, celebrations, customs, and lifestyle will make sense to us only if we go back to the stories that the members of that community hold and cherish in common.”

Stories can transform the listener

Cardinal Tagle then reminded those present that, “when we experience something significant, we cannot wait to tell it to someone.” He explained that, “this tells us that a story begs for a listener, for someone with whom to share.” In fact, one’s story can awaken memories of similar experiences in a listener, “open new meanings, create wonder, and awaken from slumber.”

There are different ways of telling stories

“Stories can be told in a variety of ways, even when not literally telling a story,” said Cardinal Tagle. “Oral narration is still the most common, but stories can be told through writing letters, novels, or poems.” Likewise, he continued, there are photos and videos, gestures, mannerisms, tone of voice, facial contortions, and body postures. And there is silence, he added, which can also be “a powerful way of telling a story.”

Stories can be suppressed

Cardinal Tagle’s final reflection is that “even if telling stories comes spontaneously to us, some factors can suppress storytelling.” He explained that the pain brought about by a traumatic memory, shame, or guilt can prevent victims from telling their story or prompt them to deny that a story is part of their memory. “Dictators forbid stories of corruption, oppression, killings, and destruction from being told, they bribe media people and threaten those who want to expose the truth, they impose an official national history that erases memories that would put them in a bad light. …Some stories are too dangerous to tell, but healing is possible.”

Finally, Cardinal Tagle invited those attending the conference to apply all these points to a community or institution like Propaganda Fide. And he asked them: “Will the history of Propaganda Fide embolden us to enter the contemporary worlds of artificial and digital intelligence, extremism, polarization, religious indifference, forced migration, climatic disasters, to name a few? How will the story of Jesus be told in these worlds? Who will tell the story of Jesus? Euntes in mundum universum,” said the cardinal.